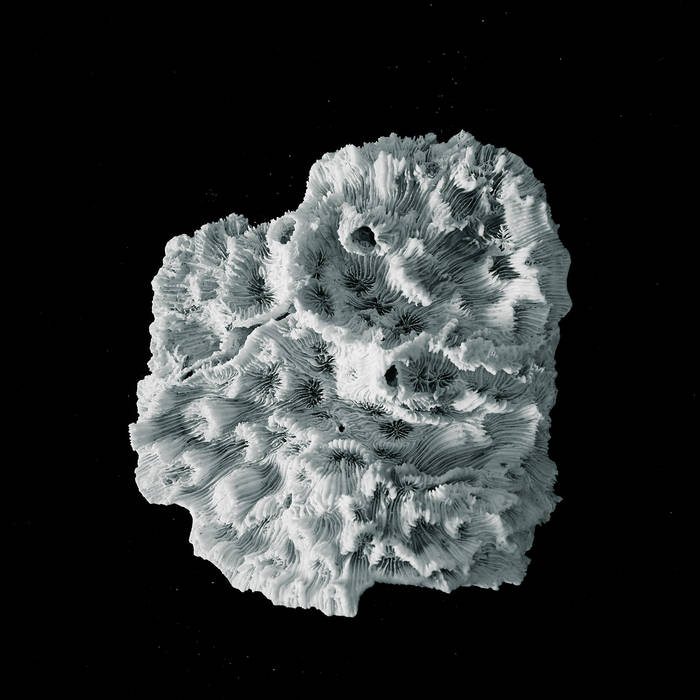 Whilst recording the Saturn track at Blackout Studio in Brussels we took a short break in the afternoon and went for a walk to catch some fresh air. We strolled through the small streets of Schaerbeek, it was a sunny day and everything radiated in a beautiful bright light. In the distance I remarked a strange looking plant growing out of the pavement. Its leaves were big and there were plenty of spiky looking seed pods on the plant. I decided to take one back to Antwerp for my garden project. I looked it up and found out this plant is the Datura Stramonium. Upon further research I found there was a connection to Saturn: the Datura Family.
In magic, daturas have been associated with both Saturn and Venus. Saturn no doubt because of datura's deadly properties and because some of these plants bloom at night; Venus because of the large, lush, sweet-scented flower shaped much like the entrance to a womb (and because of the plant's common name, loveapple). In my opinion, the connection with Saturn is made only because of datura's dark nature (Saturn is the trashcan for darkness in many correspondence schemes). But Venus is not a cartoonish force that is all hearts and roses; it has dark aspects, and datura is part of that. In his book, Psychedelic Shamanism, Jim DeKorne noted that datura and other tropane-containing plants are often associated with an aggressive feminine force (he references Kali) that has been viciously repressed in the West and that this might well be the reason so many people have negative experiences with these plants. This influenced our first part of the research and somehow found its influence in the first part of the piece.

Another thing that had me thinking a lot and that I've followed throughout the years is the flight of Cassini and its recent destruction in the atmosphere of Saturn.
What has always fascinated me about the flight of Cassini is the sheer determination and planning it took to get the craft into space, its long journey and research of other planets up to its planned demise in the atmosphere of Saturn. It all started in 1675 when the French-Italian astronomer Jean-Dominique Cassini discovered what is known today as the `Cassini-Division`; the narrow gap separating Saturn`s rings into two parts. Flying in between and observing these rings from upclose was one of the last actions the craft took before smashing down to the surface of Saturn. It's somehow a positive reminder of what we, human kind, can achieve in unison when we aim for something that seems so far away and unachievable at first.

So we then started building layers around these concepts. What happened after is what the music itself dictated. The track is a worship of Saturn in relationship to our roots and rituals in honour of the Gods in the form of a journey from Earth into space following the flight of Cassini and its inevitable demise and downfall into the night side of the great planet.

----------
ASHTORETH is a project in a search of a shamanistic perspective, channeling at times minimal, meditative drones; and at others a catharsis of doom, noise and experimentation touching upon folk, post rock, psychedelica and more. Always in a free form.
ashtoreth1.bandcamp.com